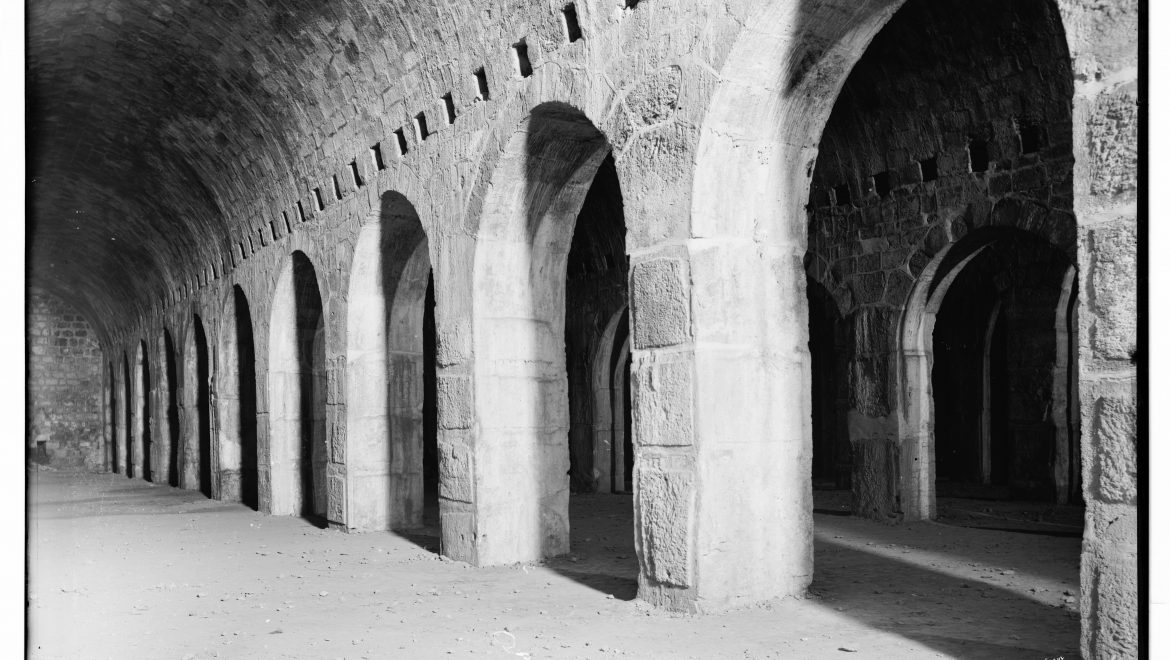 From the GoJerusalem City Guide website, this article describes the history and significance of Solomon’s Stables, a large underground space located beneath the southeastern corner of the Temple Mount. Widely believed to have been built by King Herod, these vaulted arches were used as storage during the Second Temple Period, stables by the Crusaders, and converted to a Muslim prayer hall in 1996. The modern renovation by the Jerusalem Islamic Waqf was seen as highly controversial, as archaeological protocol was not followed, leading to the damage of many important archaeological finds.