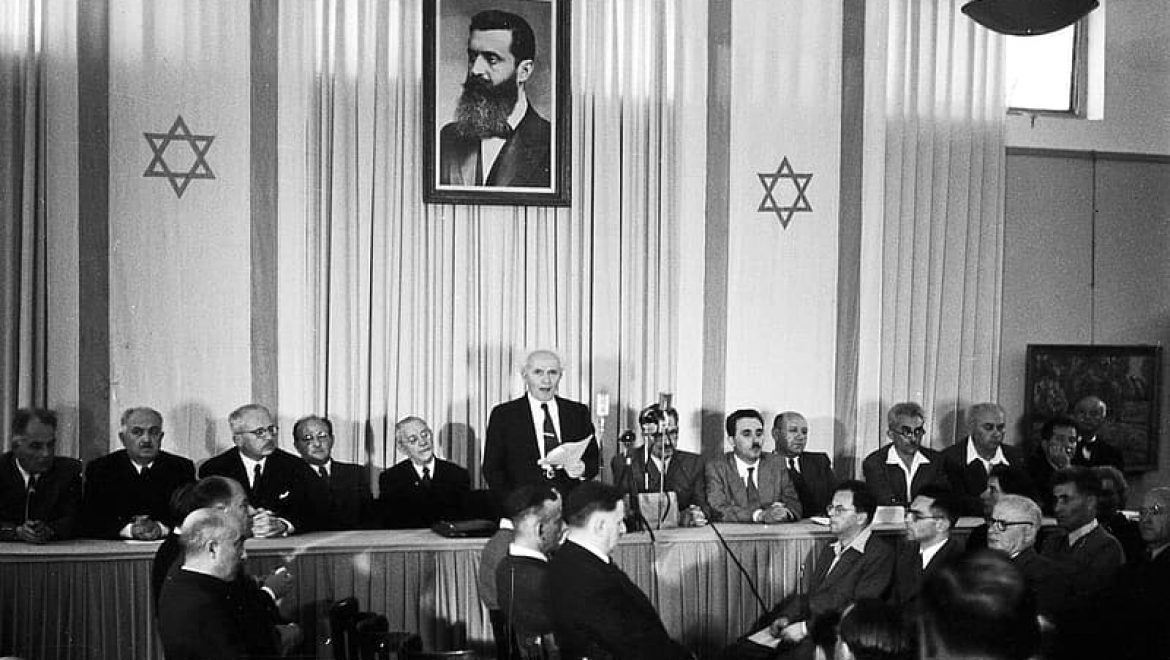 This collection of quotes from Israel’s Ashkenazi political leaders during the early years of the state reveal a deep sense of superiority over Jewish immigrants from the Middle East and North Africa, who they perceived as barbaric, backward, uneducated, unintelligent, and culturally inferior. These quotes are from “1949: The First Israelis,” by Tom Segev, a controversial post-Zionist Israeli historian who challenges many of the country’s traditional narratives.

“The goal must be to instill in them a Western spirit, and not let them drag us into an unnatural Orient. One of the biggest fears… is the danger that the large amount of immigrants of Mizrahi origin will force Israel to compare how cultured we are to our neighbors.”

“Even the immigrant from North Africa, who looks like a savage, who has never read a book in his life, not even a religious one, and doesn’t even know how to say his prayers, either wittingly or unwittingly has behind him a spiritual heritage of thousands of years…”

“The ancient spirit left the Jews of the East and their role in the Jewish nation receded or disappeared entirely. In the past few hundred of years the Jews of Europe have led the nation, in both quantity and quality.”

“This tribe is in some ways more easily absorbed, both culturally and economically, than any other. It is hardworking, it is not attracted by city life, it has — or at least, the male part has — a good grounding in Hebrew and the Jewish heritage. Yet in other ways it may be the most problematic of all. It is two thousand years behind us, perhaps even more. It lacks the most basic and primary concepts of civilization (as distinct from culture). Its attitude toward women and children is primate. Its physical condition is poor. For thousands of years it lived in one of the most benighted and impoverished lands, under a rule even more backward than an ordinary feudal and theocratic regime. The passage from there to Israel has been a profound human revolution, not a superficial, political one. All its human values need to be changed from the ground up.”

– David Ben-Gurion, on the new Yemenite immigrants to Israel.

“This is a race unlike any we have seen before. They say there are differences between people from Tripolitania, Morocco, Tunisia and Algeria, but I can’t say I have learned what those inferences are, if they do, in fact, exist. They say, for example, that the Tripolitanians and Tunisians are “better” than the Moroccans and Algerians, but it’s the same problem with them all… The primitiveness of these people is unsurpassable. As a rule, they are only slightly more advanced than the Arabs, Negroes and Berbers in their countries… The [North] Africans bring their ways with them wherever they settle. It is not surprising that the crime rate in the country is rising… above all there is one equally grave fact and that is their total inability to adjust to the life in this country, and primarily their chronic laziness and hatred for any kind of work.”

“They are handsome as far as their physique and outward appearance are concerned, but I found it very difficult to tell them apart from the good quality Arab type.”

“In our opinion, the Sephardi and Yemenite Jews will play a considerable part in building our country. We have to bring them over in order to save them, but also to obtain the human material needed for building the country.”

“I must say that the human material in Germany is better than I had thought, especially after having visited the North Africans in Marseilles”

– Itzhak Refael, member of Jewish Agency Executive, following a visit to a camp for immigrants preparing to move to Israel.

“You are familiar with the immigrants from those places… you know that we do not have a common language with them. Our cultural level is not theirs. Their way of life is medieval.”